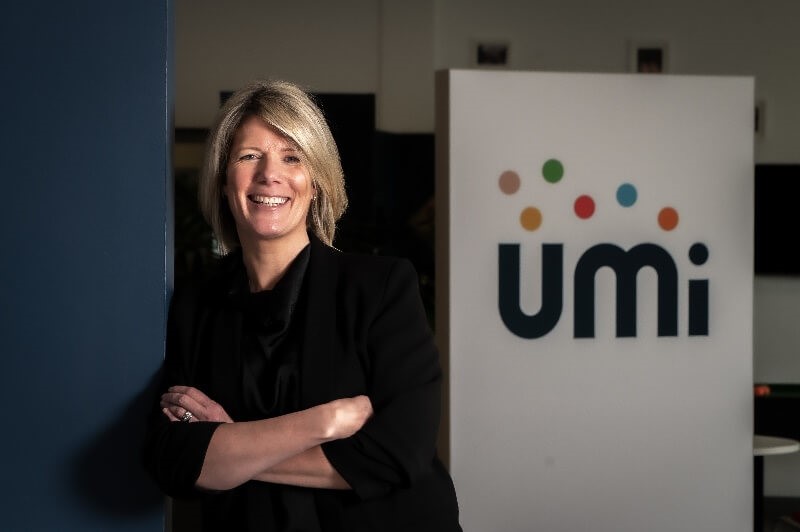 Nicki Clark, chief executive of UMi, has been awarded an Officer of the Order of the British Empire (OBE) in The Queen’s Birthday 2022 Honours list, for her services to Business and Social Enterprise in North East England.

Nicki is a founding director of the employee-owned business, which helps businesses of all sizes across the UK go further by providing the best information, expertise and finance through its own services and partnerships. She is also actively engaged in a range of organisations and enterprises whose services support and create better opportunities for young people.

Discussing her latest achievement, Nicki Clark, said: “It was a genuine shock to learn I had been nominated and I am over the moon to have been awarded an OBE. It is a huge honour to be recognised in this way and it is something I am immensely grateful for. My late dad also received an OBE, so it makes it even more special as he and my mum have had such an influence on why I do what I do.

“I am so proud of the work we do at UMi, and the awesome business we as a team have created.  I consider it a privilege to stand alongside the team at UMi making the difference that we do, and also the dedicated and incredible people in my other roles and interests.”

The Queen’s Birthday Honours list recognises the achievements and service of people across the UK, from all walks of life. Recipients are nominated and a recommendation is made by the Prime Minister on the advice of the independent Main Honours Committee following an independent assessment process. The Prime Minister then submits the nominees name to The Queen for approval.