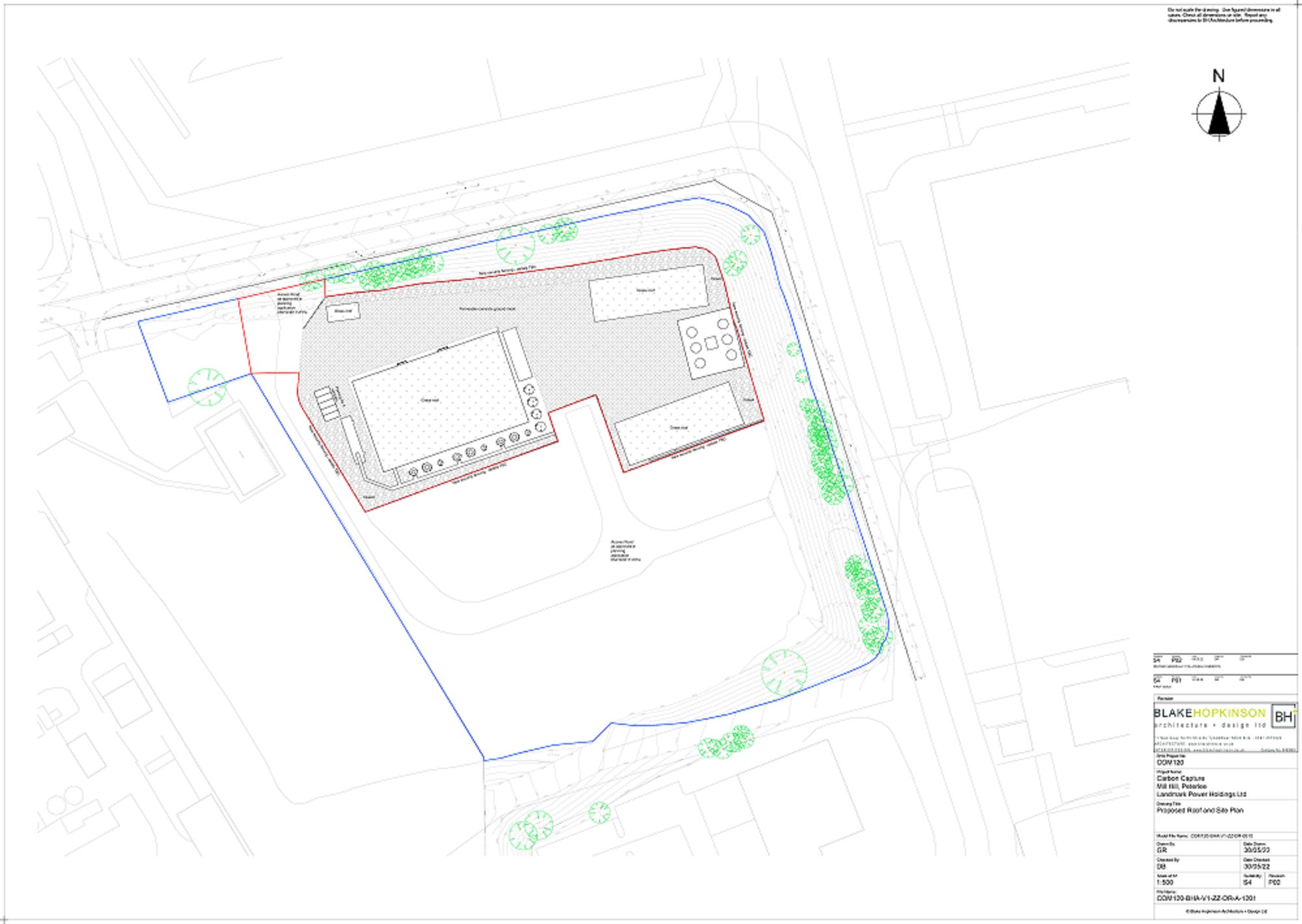 Plans for a new £78 million zero carbon energy generation facility in County Durham have been submitted for approval by Hedley Planning Services for Landmark Power Holdings.

Considered to be one of the first of its type in the world, Landmark’s proposed development of a carbon capture and research and development plant at Mill Hill in Peterlee is expected to employ 10 people.

If it gets the green light from planning officials later this summer, the scheme would  create jobs, secure new investment and support the North East’s emerging position at the forefront of innovation in new sustainable and greener technologies

The facility is designed to capture and reuse CO2 from the nearby energy generation plant and could come on stream in 2024. Landmark Power holdings specialise in carbon neutral energy that enables more sustainable energy production and contribute to a circular economy in energy production.

Captured carbon will be converted to food grade CO2 as well as solid state carbon, both commercial products with multiple industrial uses. This comes at an important time as the shutdown of fertiliser plants in the region raise concerns over the country’s supply of CO2.

The project taps straight into the Government’s agenda for increased investment in sustainable technologies which will help to achieve net zero carbon emissions by 2050 while also increasing the area’s energy security.

Sean Hedley, managing director of North East planning specialist Hedley Planning Services, who is overseeing the application,  said: “This project is a world first for the region, creating jobs, securing new investment and supporting the North East’s emerging position at the forefront of innovation in new sustainable and greener technologies.

“Developing carbon capture facilities such as the Mill Hill one is important if we are to meet our commitment to solving the climate crisis.  Carbon capture, utilisation and storage is critical for not only meeting the country’s statutory emissions reduction targets, but those right across the UK. After all, it signals another exciting new industry for the birthplace of the first Industrial Revolution.”

Findings from this project could lead to the emissions from hundreds of decentralised high carbon emitting projects across the country being able to be captured and stored or utilised in an efficient and clean manner.

With the government’s focus on CCUS (carbon capture, utilisation and storage) at large industrial hubs, Landmark is independently working towards capturing the hard to reach and often overlooked emissions from small emitters.

The plant will occupy a 0.95ha site on land at the North West Industrial Estate off the A19 main road. A planning decision by Durham County Council planning committee is expected in August 2022.