My Down Time: Keith Gill 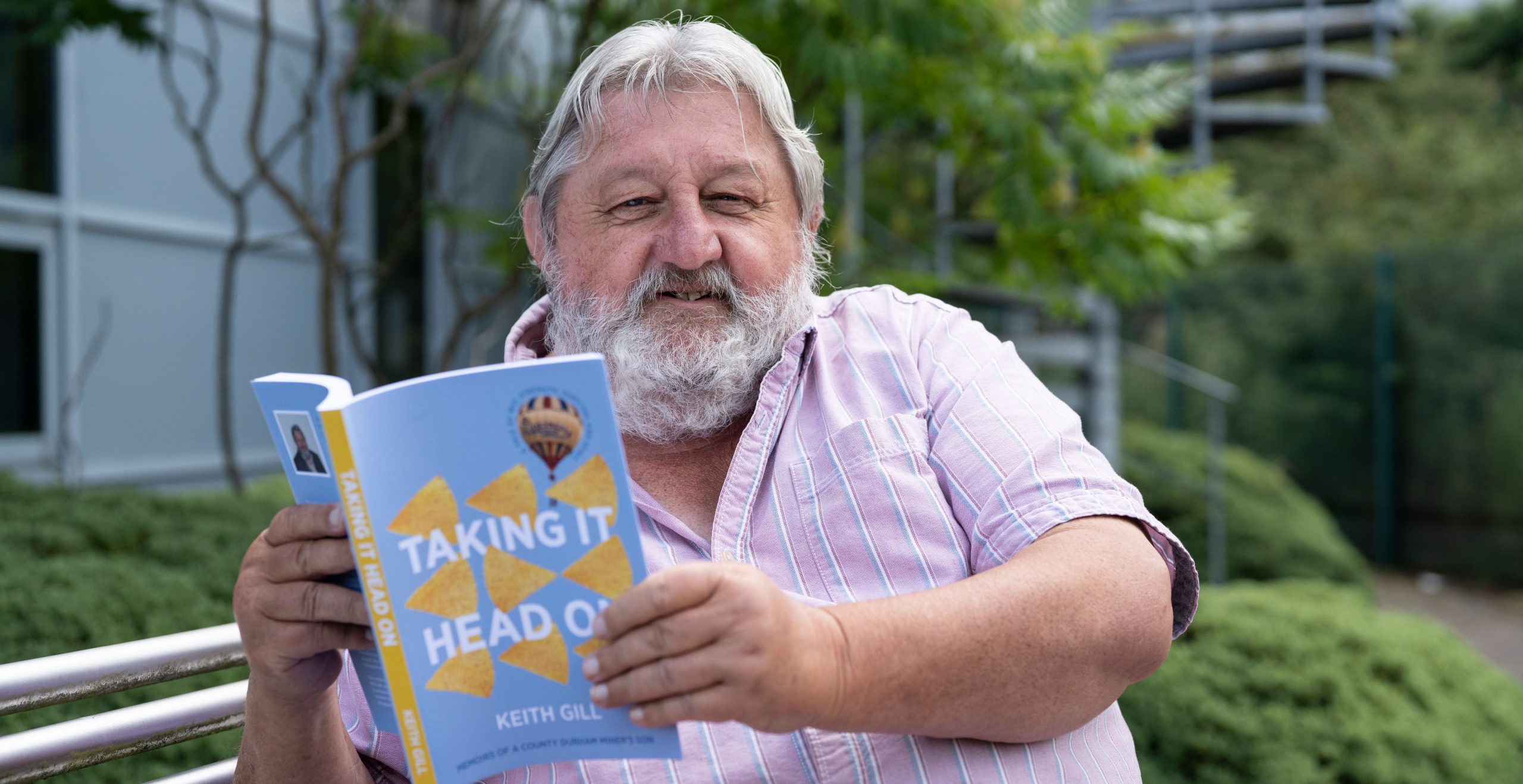 We have a scattered family with grandchildren in Australia and Slovakia and so real holidays on our own are in the past. When we can get away, our targets are these countries to see our family. 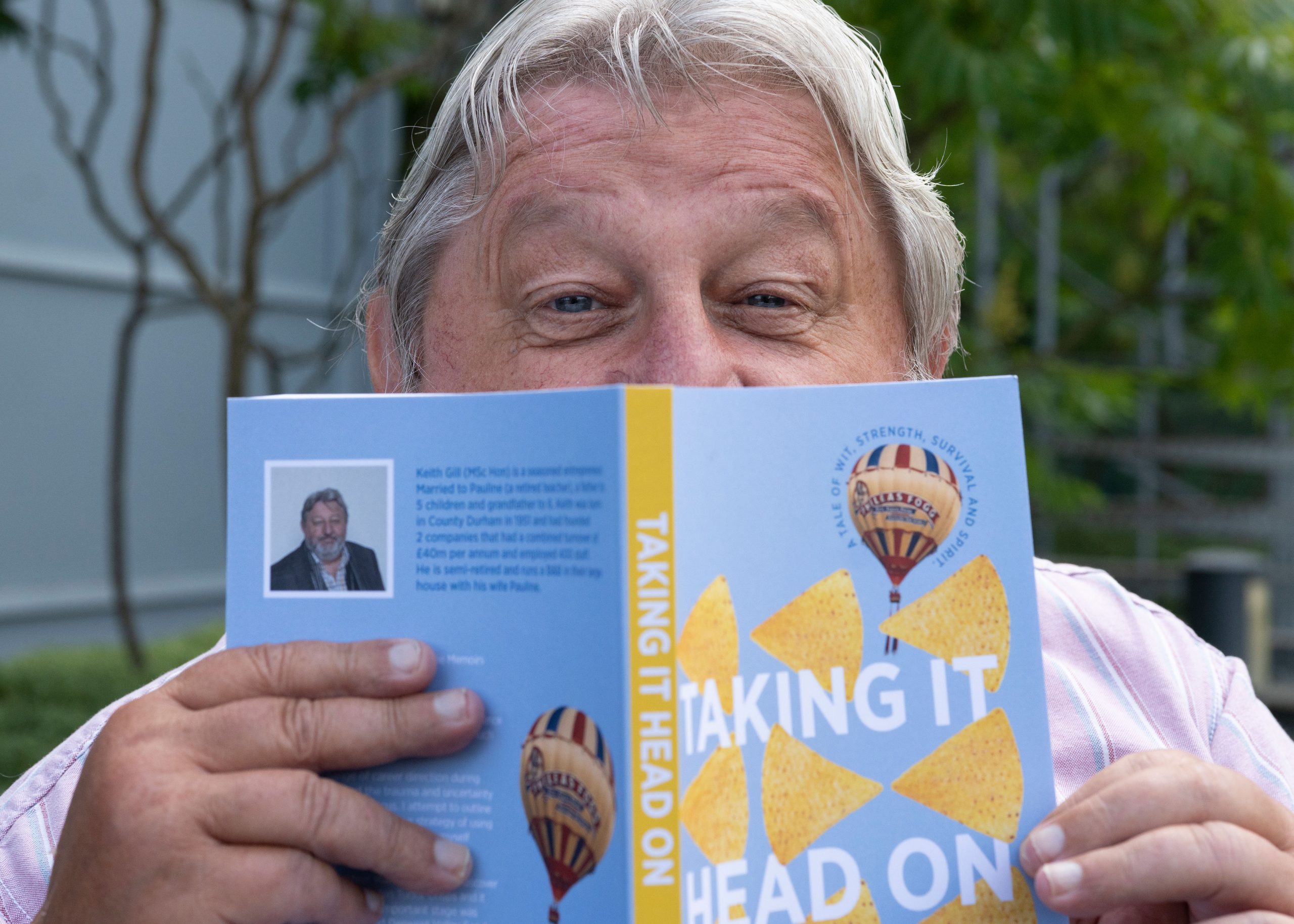 Keith Gill is one of the founders of Phileas Fogg, the Consett company that pioneered tortilla chips in the UK.

In this issue’s My Down Time feature, we chat to Phileas Fogg snack brand founder and first-time novelist Keith Gill, who currently runs The Old Post Office B&B in Lanchester, with his wife Pauline.

EDB: How do you like to relax when you’re not full of busy running the B&B?
KG: I love watching rugby union and cricket. I have also returned a little to football, particularly England because I admire Gareth Southgate’s approach to management. I have also grown an appetite for writing and I regularly write blogs. I am also working on the second part of my memoirs, Taking It Head On.

EDB: Night in or night out?
KG: When I was young I was a night out bloke but as I have got older I prefer being with a small group of people over some food and talking around a great array of topics and experiences.

EDB: You’re a bit of a foodie aren’t you. What would you cook up for guests?
KG: My preference is for one or two pot dishes and take my experience from travel to replicate dishes that I have tasted from around the world. Examples are Paella from Spain, Tagine from Turkey and Goulash from Hungary.

EDB: And if you could pick five guests to come for dinner, dead or alive, who would they be?
KG: Albert Einstein, Albert Schweitzer, John F Kennedy, Neil Armstrong and Sir Ian McGeechan.

EDB: Where was the last place you went on holiday?
KG: We have a scattered family with grandchildren in Australia and Slovakia and so real holidays on our own are in the past. When we can get away, our targets are these countries to see our family.

EDB: And where will be the next?
KG: Pauline and I are heading for a self-catering break in Scotland.

EDB: We know you’ve written your own book, Taking It Head On. What inspired you to do that?
KG: When we were celebrating VE Day a couple of years ago my wife and I were discussing what our families did during WW2 and, frankly, we knew very little. We had lots of old black and white photographs with many people we did not know. We had little text or diaries that could give us an insight into our heritage. I decided shortly after that that I would write my memoirs so that our children and grandchildren and beyond had a reference point for their heritage. However, it had to be as honest account with highs and lows so that they could get a feel for some of the challenges that they will face as they get older.

EDB: Who would play you in a film of your life?
KG: As a child/teenager – No idea. As an entrepreneur – Tom Hardy. As an older man – Russell Crowe.

EDB: What music would we expect to hear in your car?
KG: 1960’s, 70’s and 80’s from ballads to heavy rock, individuals and groups. Nothing from the noughties.

EDB: Finally, if you could have one super power, what would it be?
KG: To be omnipresent – I’m so curious. theoldpostofficelanchester.com <LF

Features, My Down Time