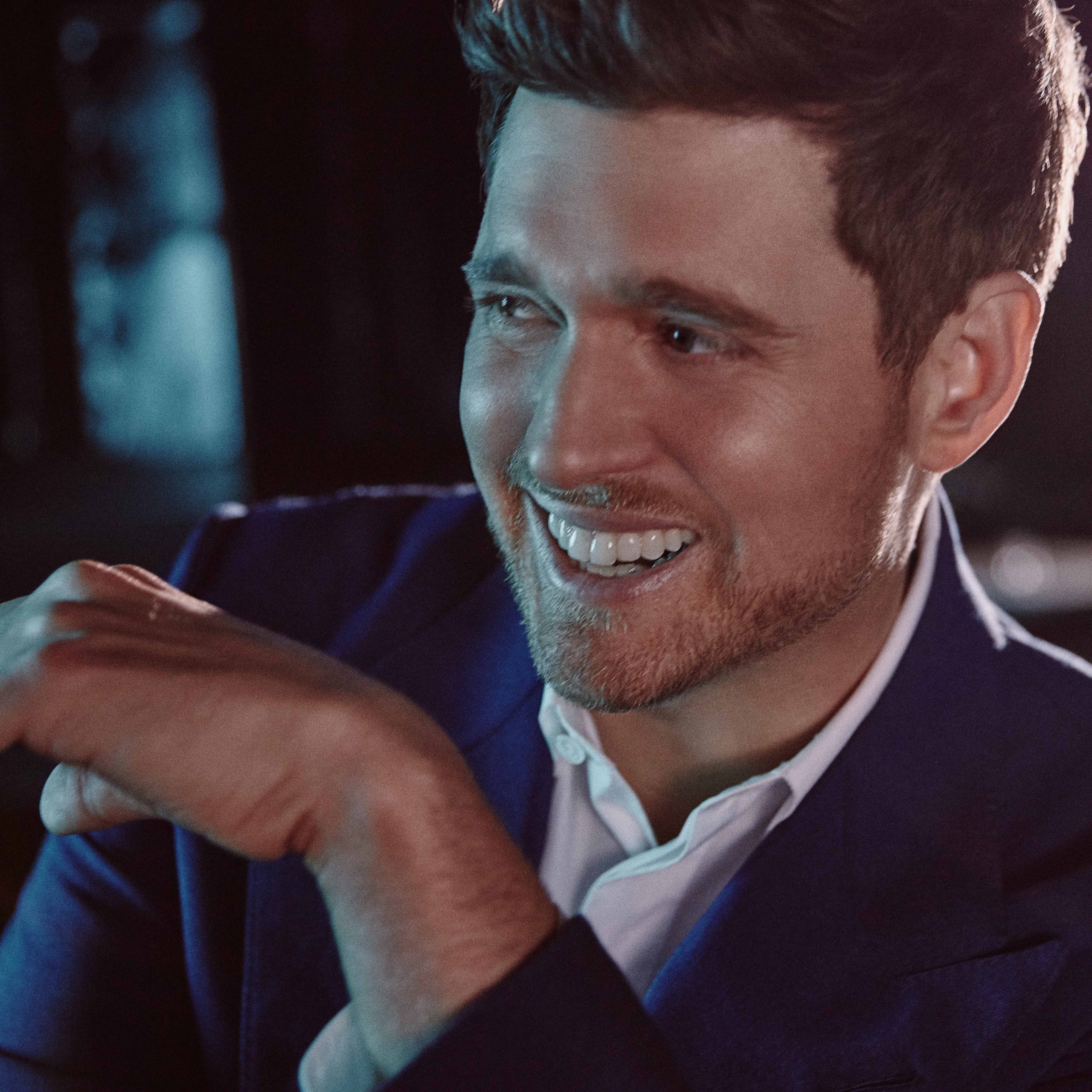 If ever there was a need for a Michael Bublé fix, it’s now.

What better way to forget about the doom and gloom that seems to be engulfing the country than to indulge in two hours of sheer entertainment courtesy of the Canadian Crooner.

The perfect escape from the chaos of everyday life.

Mr Christmas. Mr Jazz. My Nice Guy. The Greatest Showman. Whatever you refer to him as, Mr Bublé is a born entertainer who brings to the stage the perfect mix of talent, humour and sheer gravitas.

From the moment he stepped on stage at the Seat Unique Stadium at Chester-le-Street for his ‘An Evening with Michael Bublé concert’, he had the 13,000 strong crowd eating out of the palm of his hand. 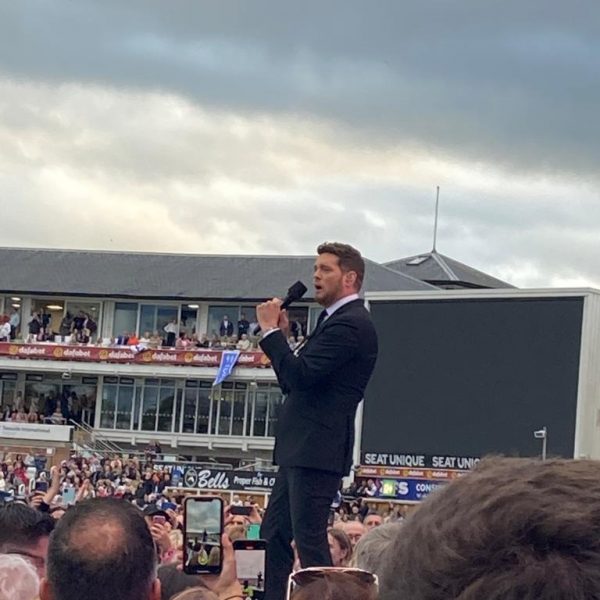 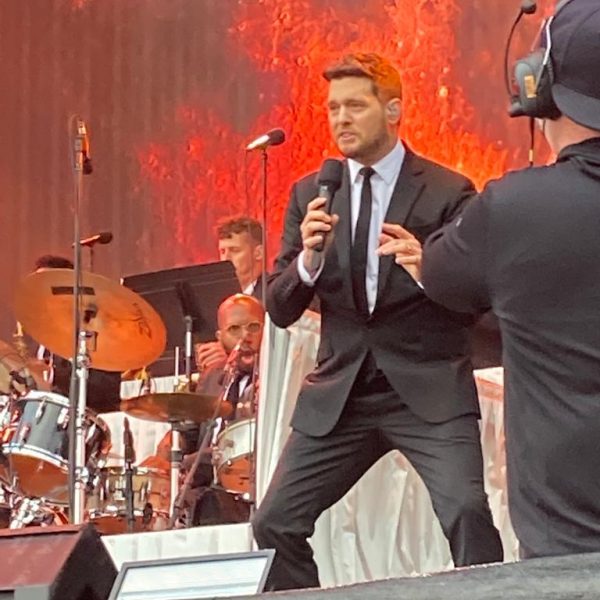 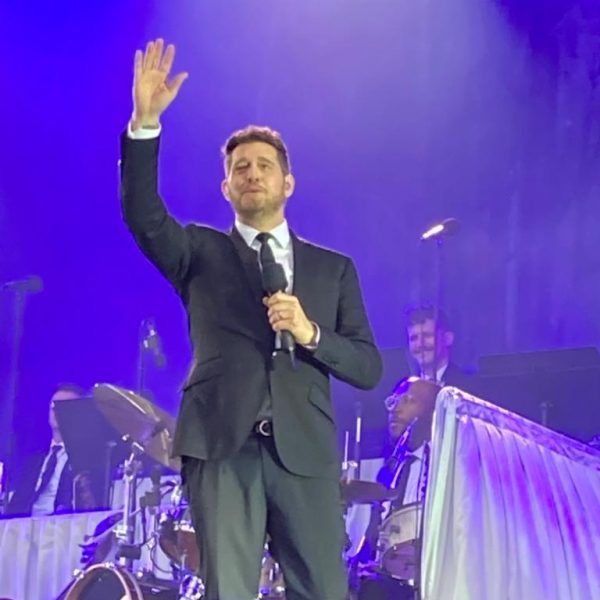 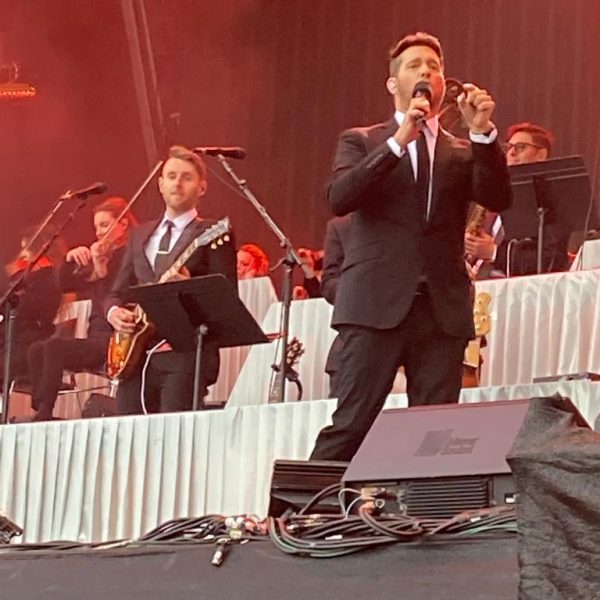 And it’s clear to see why.

Opening with Feeling Good, ably supported by a band of some of the top musicians from the UK and US and a trio of backing singers, he proved why after two decades in the business he remains one of the most popular artists and talented songwriters around.

Throughout the two hour set, which saw Michael belt out hits including I Just Haven’t Met You Yet, Home, Sway, Save the Last Dance for Me and Cry Me A River (his final song before the encore), he entertained the crowds with hilarious anecdotes that had everyone in hysterics.

He also performed some of his newer music, including I’ll Never Not Love You, which was written during lockdown, and Higher, which like its namesake is taking the European music charts by storm.

In between songs that he has written or famously covered, Michael also shared with the audience his love and admiration for Elvis, which saw him perform a duet with The King and the Royal Philharmonic Orchestra of the hit “Fever”. That was followed by a medley of Elvis songs, including Fever, Can’t Help Falling in Love With You and Always on My Mind, which closed the show.

It’s two years since he was due to perform at the Seat Unique Stadium but the Covid delay certainly didn’t dampen anyone’s appetite for Mr Bublé.

From start to finish this was a concert of sheer pleasure – a concert that had something for everyone no matter what your age.

As he continues on his UK tour of stately homes (though as he jestingly joked about during the show, there’s not much stately home about the Chester-le-Street venue), he will be taking in venues including Harewood House, Warwick Castle, Cardiff Castle and Hatfield House.

With some venues still reporting that tickets are available, and prices affordable for families, it’s definitely worth booking – for two hours you are guaranteed to smile and that’s not many other things that can promise that right now.

Every day is a beautiful day when Bublé is in town!