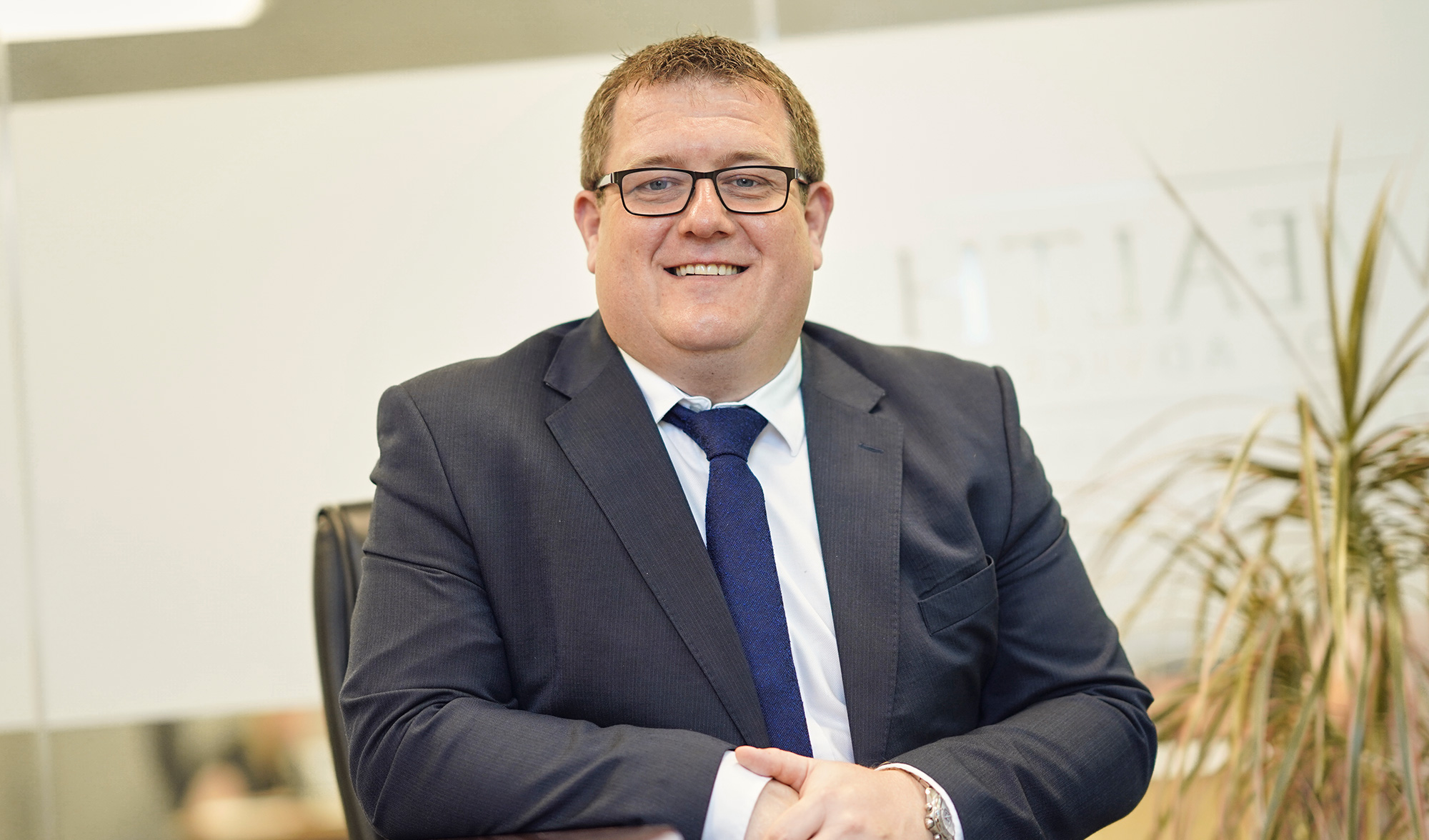 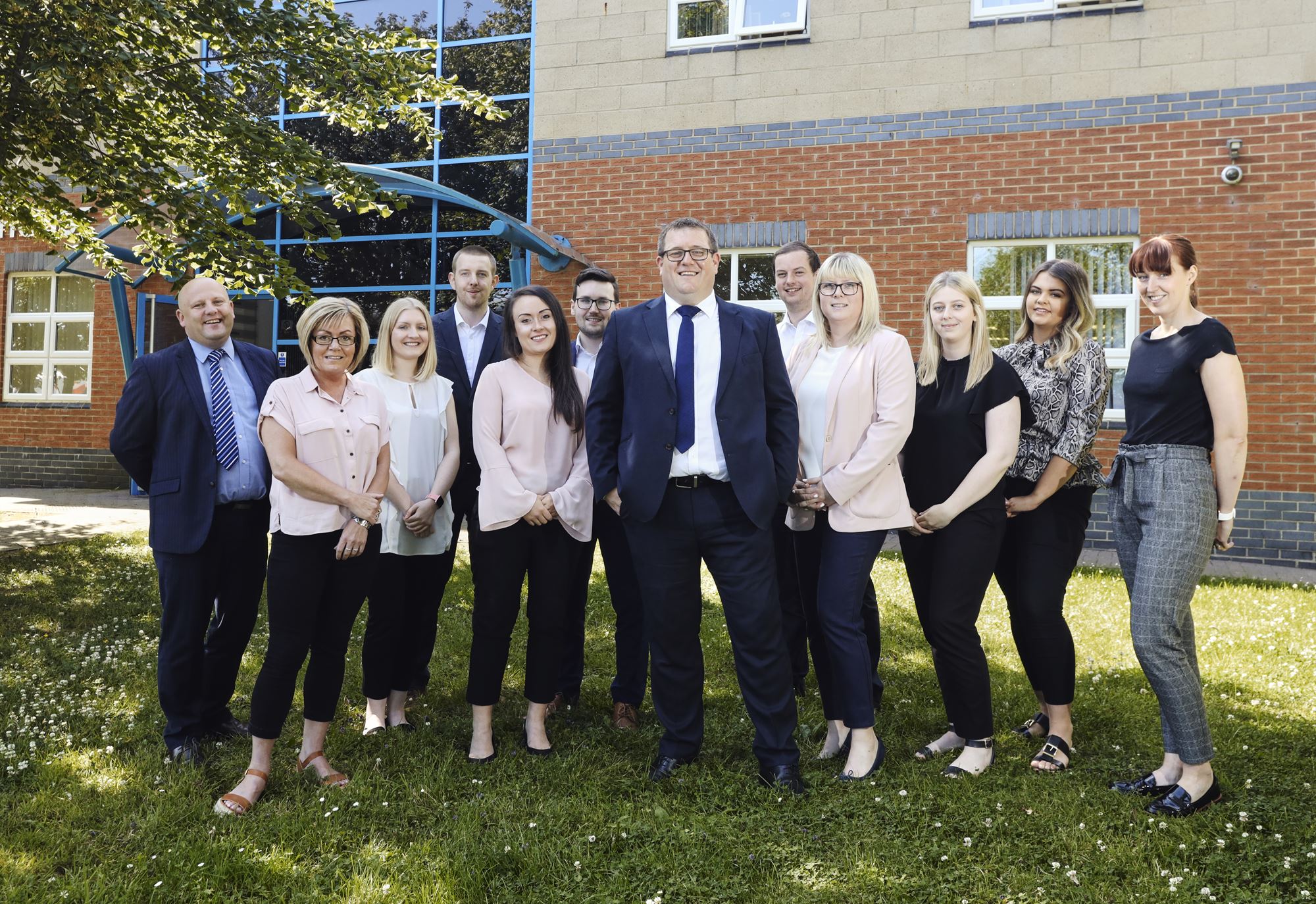 When businessman Chris Breward decided to launch his own wealth management company back in 2012, it was with a very clear objective – to change the face of the financial services industry.

Eight years on and his company Wealth of Advice is now managing a portfolio of over £115m in client assets and is regarded as one of the leading companies within the sector. Here Chris chats to EDB editor Leanne Fawcett about the growth of his business and what he regards as success.

Chris Breward, owner and managing director of fast-growing retirement advice and asset management company Wealth of Advice, is a breath of fresh air.

Straight talking, confident and with a no-nonsense approach, he is the type of ambassador the financial services industry has been crying out for. So it’s easy to see why so many people are choosing to put their pension pots under the management of Chris and his rapidly expanding team at Wealth of Advice – as Chris tells me the number one priority for him is that his clients become wealthier as a result. I’m intrigued to know more.

“I have worked in this industry for many years and didn’t really like the way it was perceived. As an industry the working demographic is at the older end of the scale and is perceived as quite stuffy and elitist, and that was something I wanted to change. I wanted Wealth of Advice to adopt a different approach as I didn’t think there was a great deal of trust in people who worked for financial firms and organisations.

“Rather than the goal being to get people to come to us no matter what, instead I wanted the approach to be with a bias to the individual rather than the business – we’d only take on a client if it was in their interests and I believed we could make them money. If I didn’t think that was likely, or it wasn’t the right time for them to transfer their assets to us, that’s what we’d advise.

“I know that might sound strange for a business owner to say – surely you want as much business as possible? But for me I felt that the best way to grow the business was with honesty and integrity at our core. I wanted people to recommend us because of the service they get – for me that’s the best marketing tool available to any business regardless of their size or sector.”

As a business owner myself I can absolutely relate to what Chris is saying. People do business with people and if they don’t trust that you’re doing the very best for them, they’ll simply go elsewhere. Wealth of Advice is based within a modern office block at Mandale Business Park at Belmont in Durham, where there are now 15 people employed by Chris.

And in keeping with his approach to business, Wealth of Advice is a family company, with Chris’ wife Jodene, his sister Deborah, and two of his nieces, Abbie and Aimee, both of whom graduated from Northumbria University and joined the firm to embark on being trained into their current roles, all working for Chris.

And former Shotton Hall Comprehensive School student and Manchester Metropolitan University graduate Chris – who is also one of only a select band of advisers with the advanced financial planning qualifications necessary to attain Fellowship of the Personal Finance Society – isn’t looking to take his foot off the gas any time soon.
In fact, quite the opposite, with further recruitment planned for the coming weeks as the number of fresh enquiries from people keen to bring their pensions or investments to the company continues to rise.

So, what are Chris’ plans for the business? “Our growth has been massive since we launched back in 2012 and my aim is for that growth to continue.

“I’m very keen to add to the team, particularly with young talent who are keen to develop under our guidance and share our ambitions for the company. My ethos is that Wealth of Advice is the caring arm around our clients’ finances, providing them with the right advice to ensure they become better off as a result of trusting us to manage their money. Our next significant target is to grow the number of great clients we have as we grow the number of quality people in our team and then hopefully get the funds under our management to over a quarter of a billion.”

The 41-year-old is certainly ambitious.

But what makes him so likeable and genuine is that he’s also passionate about doing his bit for charities in the region. Last year Chris and his Wealth of Advice colleagues worked with Changing Lives and outreach worker Dawn Ward to help a homeless man off the streets and into his own accommodation.

The man, who is in his 60s, had been found living on the streets in County Durham, and as Dawn built up his trust, he began to disclose details about his past. It transpired he had worked for many years, however because of a breakdown in a relationship which had a particularly bad effect on him, he ended up sleeping in his car.

Unfortunately, over time, the car’s tax and MOT had expired and he returned to it one day to find the vehicle – along with all his belongings which he kept with him – had been towed away and crushed. During various meetings the man also disclosed to Dawn that he had paid into more than one pension pot, however because he had no address or identification, Dawn found tracking the money down a challenge.

She approached Chris to see if Wealth of Advice could help and after agreeing to take over the searches, Chris was successful in locating the man’s money. And just recently Wealth of Advice has agreed a sponsorship partnership with the Bringing Back a Smile charity, on the back of some initial support the company gave in 2019.

Chris said: “I was made aware of Bringing Back a Smile last year by one of our clients and a friend of mine, Chris Sayers. Chris and his wife Melissa had received support from the charity as their daughter Daisy is going through treatment for leukaemia. I was really impressed with everything they do; they’re so committed to helping young children and adults who are in hospital for life threatening illnesses and are doing all sorts of good things that make a difference to people who are going through a terrible time.

“I knew last year that after we donated hundreds of selection boxes to Bringing Back a Smile that I wanted to do more to help – as a charity, founder Kevin Hill and the team rely entirely on donations and fundraising and I do believe that companies like ours who can help should do their bit. Our sponsorship will make a huge difference to everything they’re trying to do.”

We’ve established that Chris is passionate about making a difference, and seemingly very altruistic in his approach. But let’s not forget he is also very successful and makes no secret of his desire to position Wealth of Advice at the very forefront of the financial services industry.

So, what’s the next stop on the Wealth of Advice steam train?

Chris, who lives in Trimdon with Jodene, whom he married in 2013, added: “We’re gradually increasing our public profile and are in the process of pulling together an ambitious marketing strategy which involves mainstream radio and television advertising, targeted digital marketing and regional and trade press profiling.

“I want to drive forward our growth and know that with the right sort of activity and visibility, we can achieve our aim of doubling our asset management portfolio within the next year.

“I feel privileged that after just eight years of running Wealth of Advice, which was started with nothing, we’re in such a strong position and am very excited to see what the future holds.”