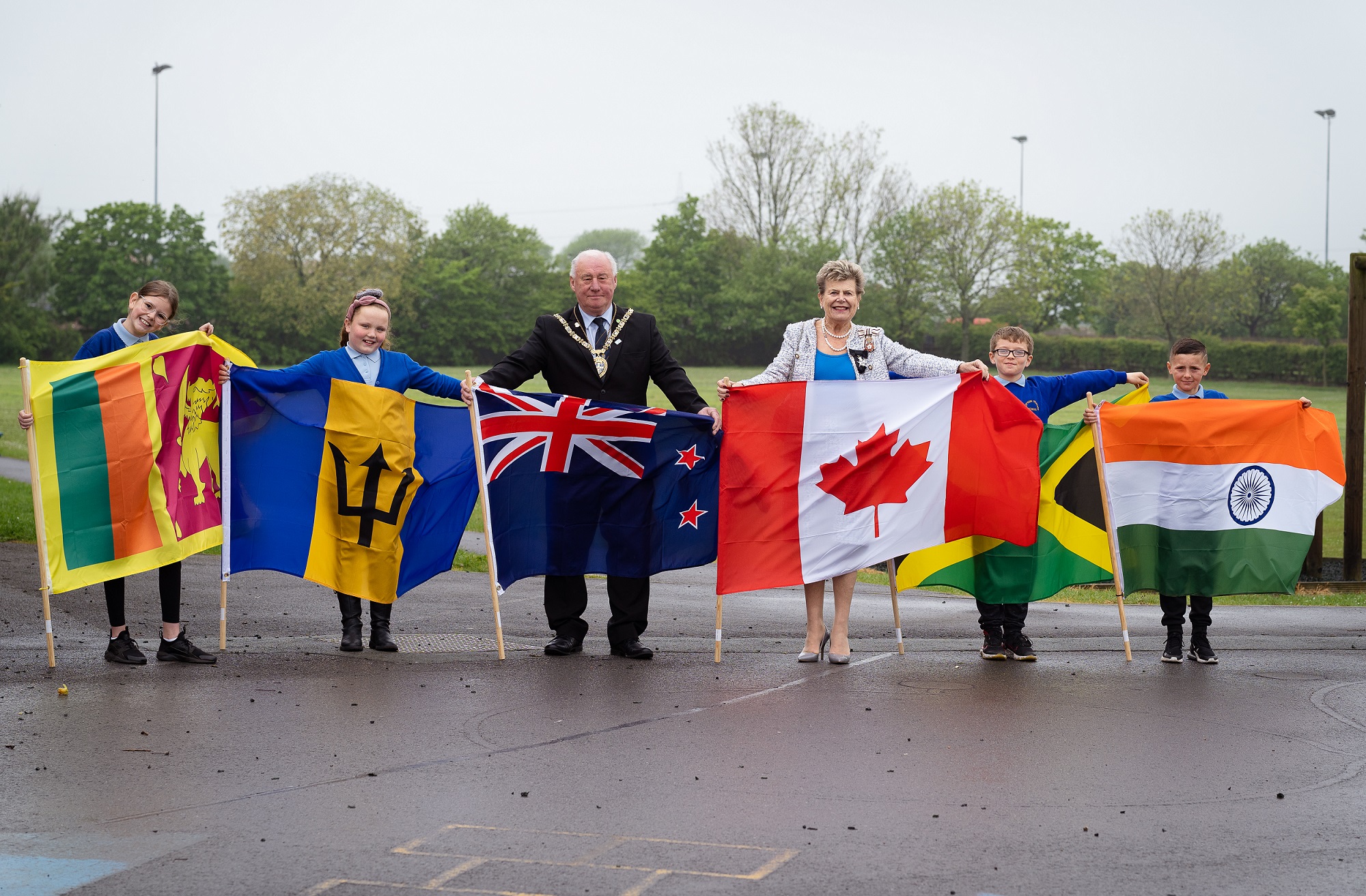 The Lord Lieutenant of County Durham has given school pupils preparing to perform in special Platinum Jubilee musical events the seal of approval.

Sue Snowdon visited Shotton Primary School to see rehearsals taking place for A Right Royal Do, which will see almost 300 children from seven different schools in the county perform at Gala Durham on Tuesday 14 June.

The event is a celebration of Her Majesty The Queen’s Platinum Jubilee and her links with the Commonwealth. A Right Royal Do, which is being organised by Durham County Council, provides an opportunity to give thanks for The Queen’s seven decades of unwavering public service and recognise her impact on both the UK and the Commonwealth.

Organised with the help of GemArts, the shows will begin with a welcome by Vikas Kumar MBE, GemArts’ director, before traditional Kutchipudi dance from South Asia from Payal Ramchandani and pupils from St Mary’s RC Primary School at South Moor and Bloemfontein Primary School.

Gospel choral singing with April Olatunji and pupils from Finchale Primary School will be performed before a mass singing section brings the events to a close.

Mrs Snowdon said: “African drumming and dance, what a wonderful start to the pupil workshops. It’s so important to recognise the importance and value of creative arts.

“I’m sure the young pupils involved will have gained knowledge and awareness of global culture and heritage and their place in the world whilst having had lots of fun.”

Cllr Watts Stelling, Chairman of Durham County Council, said: “I’ve been really impressed by the pupils’ dedication and enthusiasm as part of their rehearsals for A Right Royal Do. They’re a credit to themselves and their schools and I’m sure they will be brilliant when they take to the stage on 14 June.

“This shows the huge appetite we have in County Durham for the arts and performance, which we’re keen to emphasise as we look to be named UK City of Culture 2025.”

Heather Shaw, headteacher at Shotton Primary School, said: “The children knew how special it was to have two such important visitors take time out of their day to find out more about our planned Platinum Jubilee celebrations.

“Her Majesty’s Lord Lieutenant and Cllr Stelling even joined in, much to our pupils’ delight. We hope they enjoyed their visit to Shotton Primary as much as we enjoyed them coming to us.

“We are looking forward to performing at Gala Durham even more now knowing that the Lord Lieutenant will be watching us as representative of Her Majesty the Queen.”

A Right Royal Do will be performed for schools at Gala Durham on Tuesday 14 June at 12.45pm, with another performance for parents, carers and the public at 5.30pm. A limited number of free tickets for the second show will be available on the day from the Gala Durham box office.

For more information on Platinum Jubilee events in County Durham go to www.durham.gov.uk/article/27330/Queen-s-Platinum-Jubilee-2022