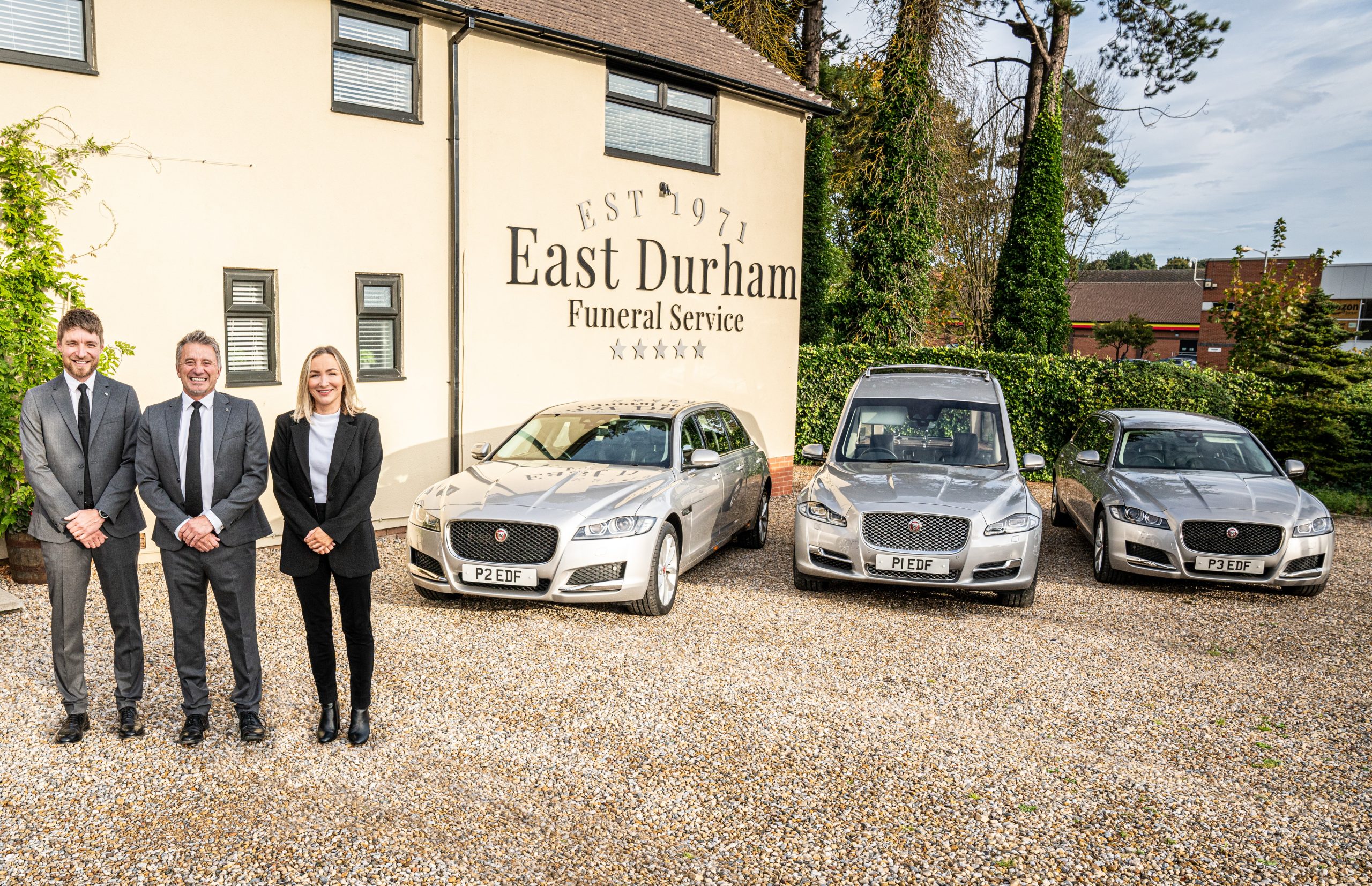 A Durham-based family-run funeral service are this month celebrating 50 successful years in business.

East Durham Funeral Service, headed up by owner Philip Maddison intend to mark the occasion by giving their clients some special deals on pre-payment funeral plans in the run up to the big day as a thank you for whole generations of loyal service to the business as well as some extensive refurbishments and new vehicles to add to their fleet.

The first branch of East Durham Funeral Service was opened in 1971 in Horden, County Durham by Barrie Lee, the father-in-law of Philip. Barrie, at the time, was one of the first independent funeral directors in the area and quickly built up a wide-spreading reputation which saw families from throughout the region selecting their company, when faced with the loss of a loved one.

The branches have now expanded to incorporate Easington, Trimdon, Wingate, with their head office housed in Peterlee.

Having worked in the company since 1982, Philip has since brought in his son, Tom and daughter, Ellen to help run the company, making it a real family-run business.

Now, as third generation funeral directors, the family have spent the last 50 years building the local knowledge and unparalleled expertise necessary to guide their clients through the difficult and personal decisions ahead of the loss of a loved one.

The company, which has grown considerably over the years, now employs seven staff and worked tirelessly during the pandemic.  Classed as an essential service, the team had to ensure that every precaution was in place to guarantee their clients safety, as well as that of their employees, whilst carrying out the vital and necessary service, in sometimes very difficult and trying circumstances.

Philip tells us about this milestone birthday and why it is so important to them to recognise their achievements, as a family:

“I started as assistant funeral director, but as the business grew, my father-in-law asked me if I’d like to join as a partner, instead of employee.  I jumped at the chance and then, in 2003 when he retired, I took over completely.  We then opened four further branches, and, as they say, the rest is history.

“We’ve also invested heavily in silver Jaguar limousines to convey our clients around in elegance as well as just completing an extensive refurbishment to our head office Peterlee branch.  Part of the refurbishment has been to add a state-of-the-art mortuary, which proves that our endeavours to lead the way in forward-thinking funeral services, is on course.”

The company have also put in a series of special deals for clients using their services as a thank you for their continued support, in their pre-paid funeral plans.

Philip concluded: “We’re extremely proud of what we have achieved in the last 50 years and long may it continue as a family-run business.”