At Your Leisure: By Royal Invitation at the Royal George 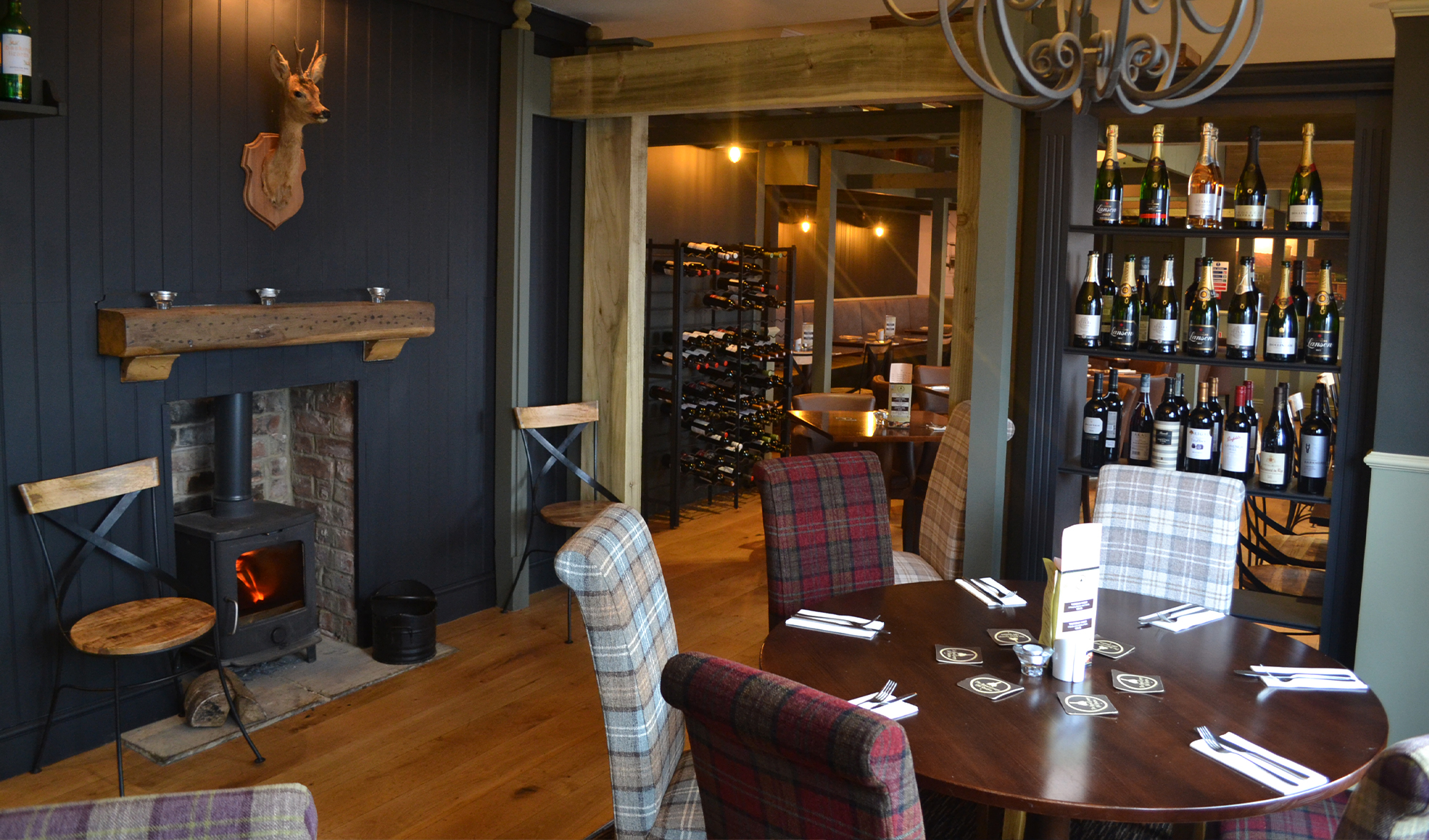 The burgers were so juicy and cooked to perfection, so it was a challenge he was happy to rise to and pretty much ate the whole lot, giving me a little help along the way. 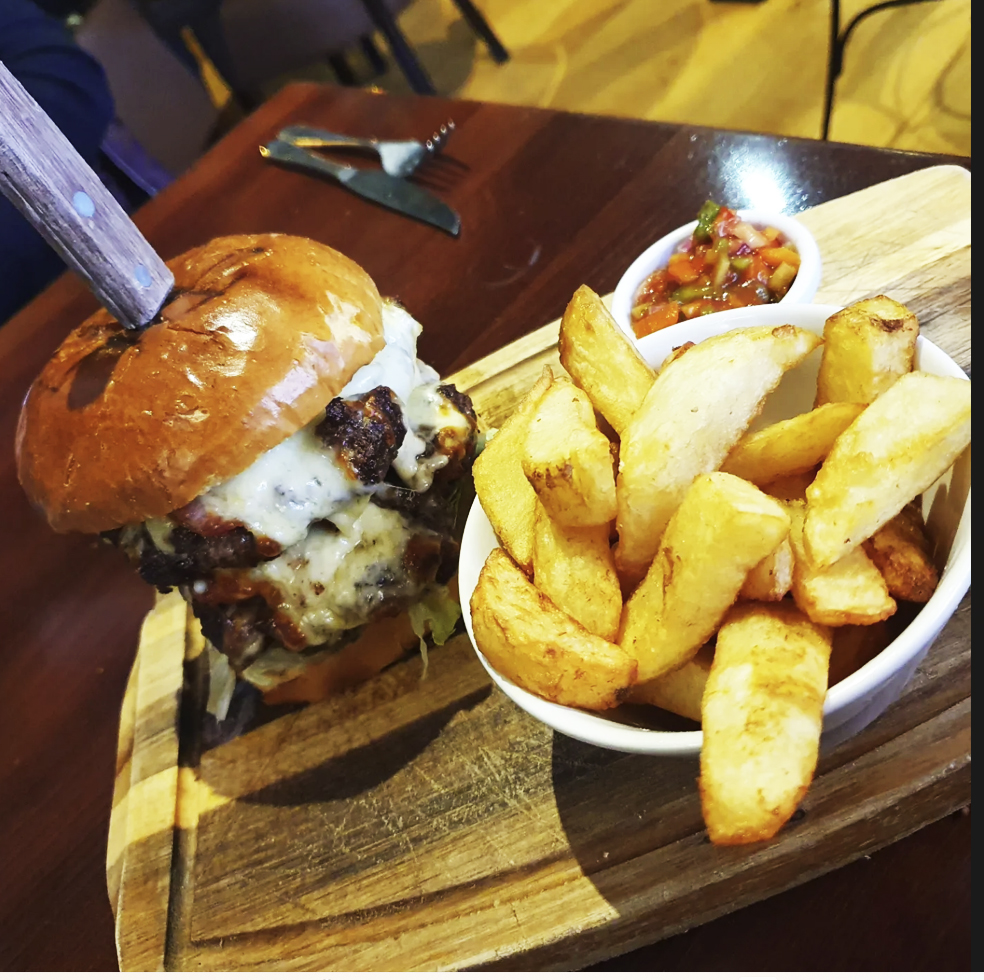 The Royal George at Old Shotton has long been a firm favourite among the East Durham food scene so when we were given the chance the visit the popular eatery to sample a two-course lunch, we were more than happy to accept.

Growing up in Peterlee, I can remember the days when The Royal George, or The George as it’s affectionately known, was an old fashioned pub which more often than not was frequented by working men (speaking from experience here as I have vivid memories of my dad calling for a pint after a long day in the motor trade) or older people keen for a sociable evening or weekend drink.

It was never regarded as a particularly cool place to go for the younger generation, however it knew what it did well and wasn’t ashamed of that.

Then, around 10 years ago the pub was given a new lease of life as a fine dining restaurant, tapping into what was a seen a gap in the market for a higher end establishment that professional, working couples would want to go for ‘date night’.

It worked to a certain extent but there was always a feeling that perhaps it hadn’t quite got it right.

So, in 2017 the owners decided to change course and invested around £15,000 to completely refurbish it, going back to its pub roots and turning it into a cosy, warm and inviting venue, broadening its appeal to a more diverse audience.

The pub, which is split into two ends, one being a small but perfectly formed bar where people can drop in for their pint after work or on their dog walk (the pub welcomes dogs in the bar end) and the other being the restaurant, now a contemporary but comfortable and relaxing area with tables catering for around 50 people.

There are also two private dining areas upstairs which each cater for 12 people.

My visit, with my husband my lunchtime buddy, was on a perfect winter’s day at the end of what can only be described as the longest January on record.

We were greeted by our host for the day, Rebecca, who could not have been more friendly and helpful (it’s important to stress this wasn’t a case of preferential treatment, she was lovely with every guest, more than happy to chat with them on arrival and accommodate additional requests over and above what was provided). We were seated and ordered drinks, my choice a large Sauvignon Blanc while Paul, as designated driver, ordered a water and a cup of tea.

As we perused the menus – there were four options for us, the main menu available lunchtime and evening, a light bites mini menu for smaller appetites, a Parmo menu and a roast dinner option priced at £9.95 – we were spoilt for choice. In the end I opted for the baked garlic mushrooms in a cheesy garlic sauce with a cheddar crumb (£4.95) while Paul chose the pan-fried black pudding with a poached egg and wholegrain mustard sauce (£5.75). My mushrooms were delicious – I mean what’s not to love above meaty mushrooms smothered in a gooey cheese sauce with a hint of garlic giving them an extra burst of flavour. The black pudding was equally tasty and the poached egg was perfectly cooked with just the right amount of oozing yoke. We were off to a good start.

Our main course choices were the halloumi and mixed pepper kebab (£13.95) for me and the bacon and smoked cheddar burger (£9.95) for my husband.

Now, be warned, these portions are not for the faint hearted. Their size smacks you in the face like a fierce right hook and it was certainly a challenge to work our way through the plates. My kebab, which was a hanging stack of four huge chunks of halloumi with a mix of peppers, came with a large bowl of chips, a salad and a pitta bread. I’m not gonna lie, there was a good few deep-breath moments and in the end I had to admit defeat, leaving some of the chips and pitta bread.

It was a delicious meal, though, and one I would definitely order again, just perhaps without the starter first!

Paul’s burger was enormous, due in part to the fact he doubled up, so getting his chops around it was a challenge in itself. The burgers were so juicy and cooked to perfection, so it was a challenge he was happy to rise to and pretty much ate the whole lot, giving me a little help along the way.

Sadly, after such mammoth mains there was absolutely no room for desserts but next time I visit, I think I’d be tempted to maybe switch from a starter to a dessert as I’ve heard very good things about their sweet treats!

I really do think The Royal George has got it spot on – the current owners have found and stuck to what the pub is good at and it clearly works (the restaurant was bustling with a great atmosphere thanks to the fact there was so many tables taken, including the biggest by a party of 12 who were on a rearranged Christmas night out).

What I also like is the fact there is something for everyone, whether you’re calling in for a lunchtime snack or out for treat and want the full three-course experience.

Having spent 75 per cent of my life in Peterlee, I still consider myself a local and am proud that there are restaurants of this calibre on our doorstep.