Apprentices on the right track for careers at TMD Friction 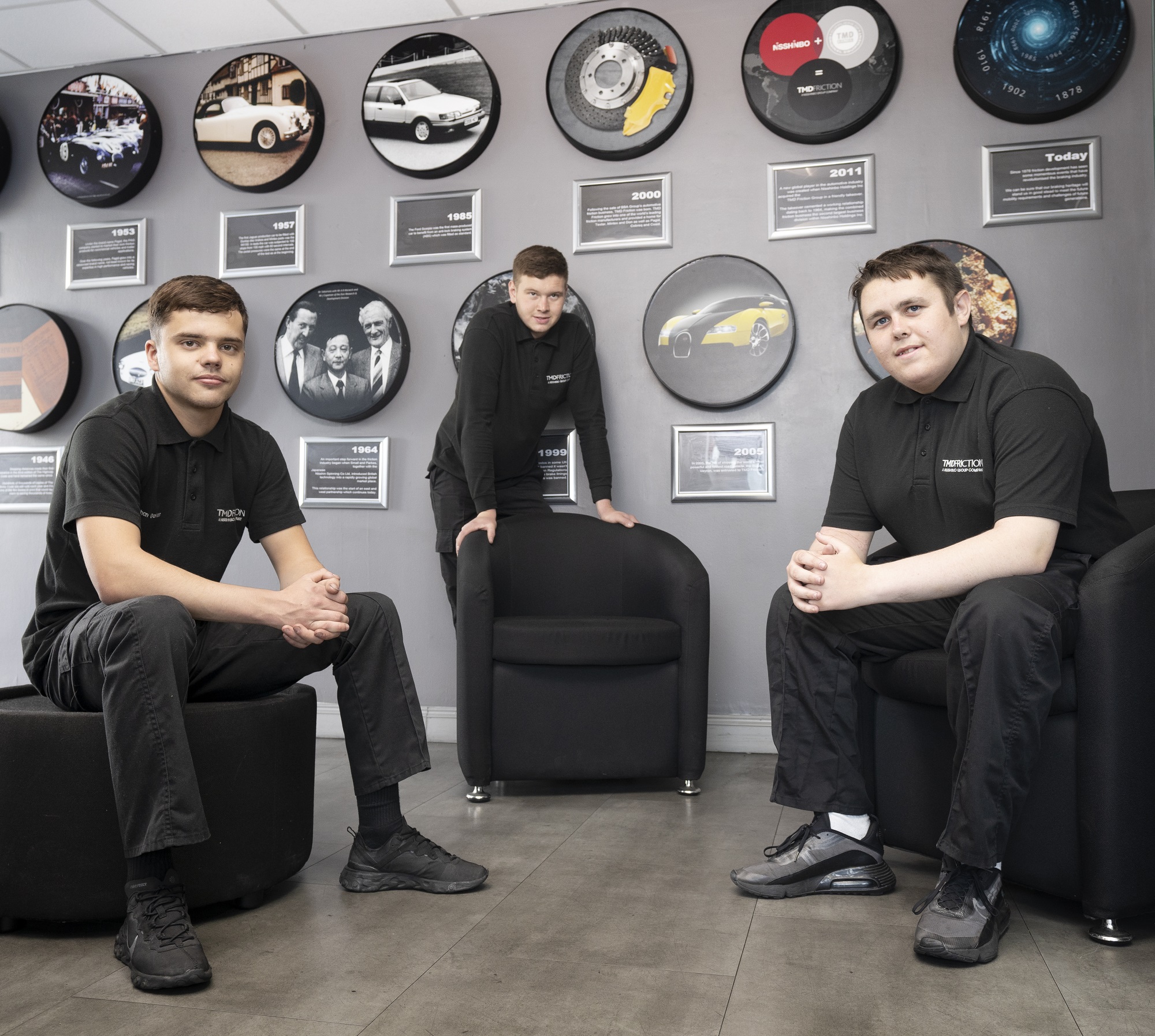 Three young apprentices are working towards potential careers with TMD Friction after being given the opportunity to learn while they earn.

The global automotive manufacturer, which has its only UK production facility in Hartlepool, has been making parts for the passenger car aftermarket since 1974 and now employs 449 people in the North East.

The recruitment of apprentices is a key element of the company’s succession planning strategy and through its close working partnership with Hartlepool College of Further Education, regularly looks to bring fresh new talent into the business.

The current tranche of maintenance apprentices are Jonny Davison, Jack Fallow and Stephen Smailes, with the later joining the company in February.

Jonny Davison, from Seaton Carew, spent time on work experience with the Oakesway Trading Estate employer before being offered a position on a Level 4 mechatronic engineering apprenticeship. The 20-year-old recently completed the qualification and is now undertaking a NVQ Level 2 in electrical and mechanical engineering, after which he will complete a year of on-the-job training to learn all the skills needed to secure a permanent position with the company.

Jonny said: “I am really enjoying my job. I love getting up every day and feel like I am learning so many different things. I am determined to do well and take the chances that come my way.”

Jack Fallow, 19, from Castle Eden is halfway through his four-year apprenticeship after which he will undertake a HNC qualification to equip him with the educational skills he needs to secure a future with TMD Friction.

He said: “I have been given a great opportunity with TMD and I am working so hard to prove myself. It’s a great company to work for and I feel everyone has really supported me during my apprenticeship.”

Stephen is the newest of the three to join the maintenance team. He was studying at Hartlepool College when they put him forward for a Level 3 engineering apprenticeship, which he started in February.

The 19-year-old, who lives in Hartlepool said: “I still feel very new to the business, so I am constantly learning and know there is so much to take on board. I love it though and really like the people I work with, who have helped me settle in so quickly.”

TMD Friction, which manufactures brake pads for 95 per cent of the models of Europe’s aftermarket, including emergency services vehicles and many of the major distribution small trucks and vans, moved to its current base on Oakesway Trading Estate in 1998.

The past 15 months have seen 52 new products introduced at Hartlepool and two new flagship customers added to TMD Friction’s portfolio of automotive manufacturers.

The company’s other UK sites in Elvington, Warrington and Cleckheaton have also benefited from investment to support operations at Hartlepool.

“We are delighted with the progress that Jack, Jonny and Stephen are making with us. I am certain they will prove themselves during their apprenticeships and training periods and there is no reason why they cannot go on to secure permanent positions with the company.”

TMD Friction employs a number of apprentices across the business.