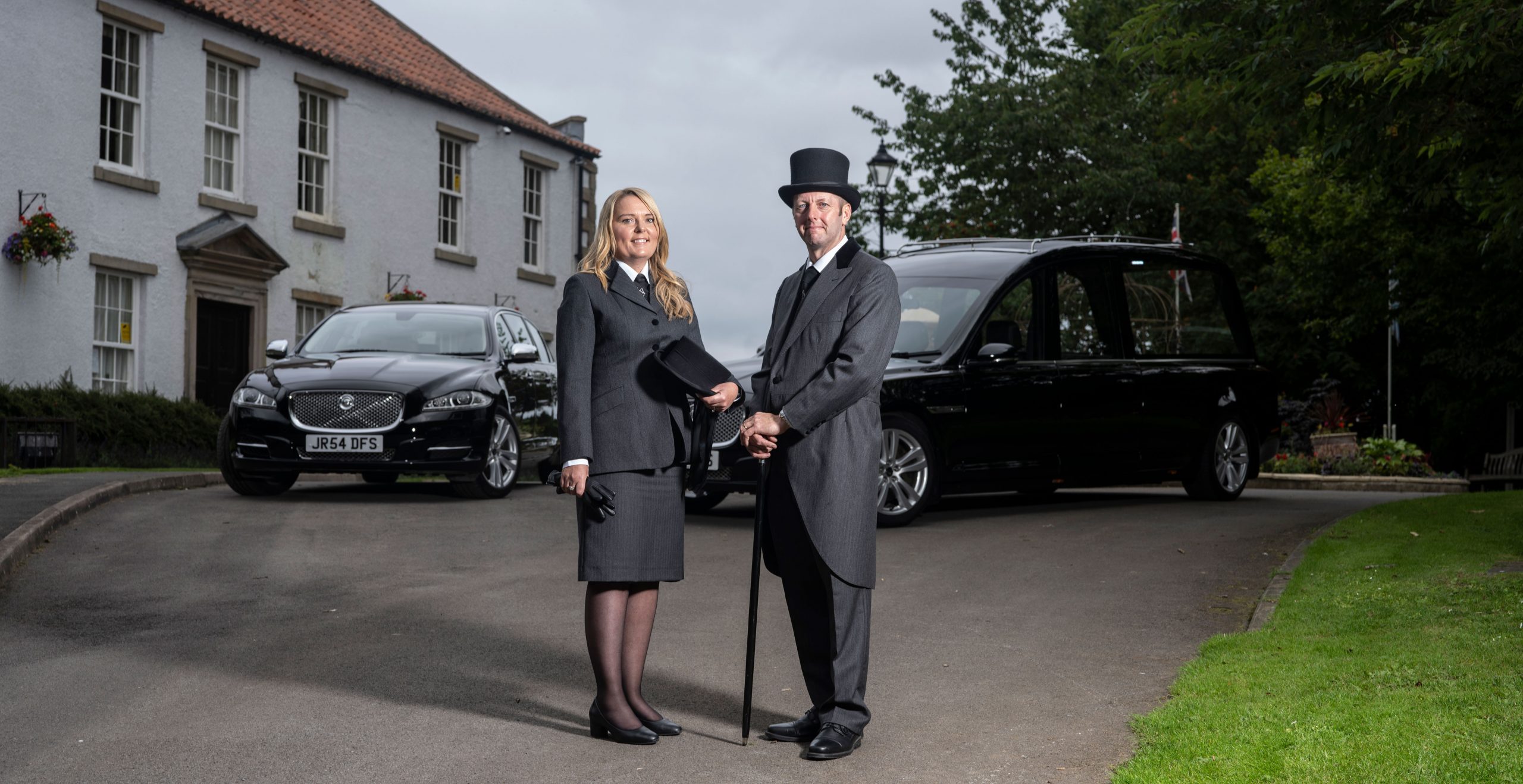 When we started on our journey, we were determined to do things differently, to offer people the send-off that was truly fitting of them as individuals. 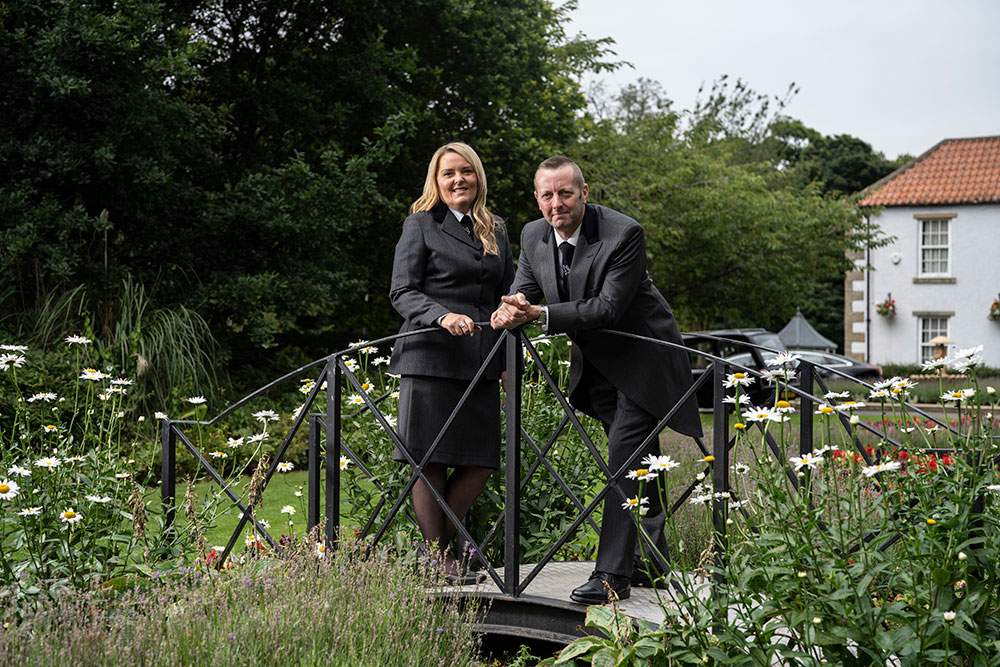 In 2020, John Delanoy and Julie Stout launched Delanoy Funeral Services, which pledged to change the way funerals are conducted, giving people the send over they want and deserve.

In that time they have managed dozens of funerals and have recently invested in a new fleet including a Jaguar hearse and Limousines – backing up their commitment to reinvesting any money they make back into the business and their community during their first year. Editor Leanne Fawcett finds out more.

It’s around 14 months since I last sat down with John Delanoy and Julie Stout as they were preparing for the launch of their new venture, Delanoy Funeral Services.

The pair came together after being introduced through a friend, and while their backgrounds were different – John having worked in his family’s funeral business for 26 years and Julie running her own marketing company, Just Out Marketing – they shared a mutual desire to change the way funerals are conducted.

They wanted every service to have a personal touch, one that would give individuals the send-off they deserved. They also introduced many extras – including the production of a video of the last journey, beautifully filmed and edited by Julie as a permanent keepsake for the family, facilitating the involvement of dogs to accompany their master on their final journey and personalised crematorium tributes.

It’s these little touches that have seen the business grow in a short period of time, with John and Julie investing all profits back into their partnership which has seen them open a new flagship office at Oakerside Park in Peterlee and purchase a fleet of vehicles.

Julie, who is from Peterlee and is married with two dogs, said: “When we started out, we were determined to do things differently, to offer people the send-off that was truly fitting of them as individuals. But equally we wanted to run our business in a way which put us at the heart of the community, so decided any money we made would be put back into the business to enable us to offer an even better service to families in the area.

“One of our real unique offerings is the production of videos of the funerals we conduct. It was an idea that was developed during the coronavirus pandemic when few people were able to attend their loved ones’ send-offs. By filming the funerals and producing the videos in the most tasteful and beautiful way, closest family members that would have otherwise missed out are able to be part of it.”

Julie plays a massive part in the creative ideas working directly with the families. She added: “Although the pandemic is almost over, our videos are as popular as ever and we have probably made more than 100.

“However, not everyone does want a video and no matter if it is a simple funeral or the ultimate final farewell, we work with our families adding little personalised touches to make the day special for them.”

The feedback from families in the area has been phenomenal and their reviews second to none.

Gillian Coils, whose mam Ann Coils was given her final send-off by John and Julie said: “All the family would like to thank John and Julie for all their guidance and support following the passing of my Mam. They went above and beyond to provide a professional service that was tailored to our wishes.

“They were very compassionate and respectful, making the process easier for the family. The tribute video was beautiful, and many commented on how lovely it was after the service.”

John has been in the funeral industry since he was 16, becoming the fifth generation of Delanoy’s to work for the family business which was launched in 1897. The married father-of-two from Easington was looking to modernise and refresh the business so when the opportunity to collaborate with Julie came up, he took it.

John said: “I’d been in the business from the age of 16 and took over from my mam around 12 years ago. By then it was fifth generation, and although it was fully established in the area, it needed freshening up, modernising.

“With Julie’s fresh eyes and the re-brand to Delanoy Funeral Services, we looked at new ways for people to say goodbye whilst still using many old traditions which were at the heart of the business. We’re 12 months down the line now and it’s been a whirlwind year, not least because of the coronavirus pandemic which until very recently was still restricting the way we all lived and worked.

“Thankfully for us, things have gone incredibly well and the families we have supported have been so complimentary about the funerals Julie and I have conducted for their loved ones. Their positive feedback has enabled us to grow, with everything we’ve made re-invested into the business so we can help even more people.

“The funeral business is in my bones but teaming up with Julie has been a game changer – she is so passionate and her bubbly personality helps families feel at ease and enjoy the process as much as they possibly can. Yes, funerals are emotional and hard, but they can also be a celebration and a tribute to the person’s life.”